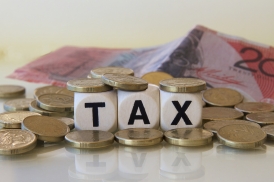 The government has announced a change to personal income tax rates to avoid ‘bracket creep’ where inflation pushes people’s salaries into higher income tax brackets without an increase in their spending power. From July 1, 2016 the threshold for the 32.5% tax rate will be increased from $80,000 to $87,000. In effect, half a million workers earning over $80,000 have been given a tax cut and a worker earning over $87,000 will be up to $315 better off every year. It has also confirmed the drop in the top marginal tax rate from 49% to 47% from 1 July 2017.

From 1 July 2016, the following individual income tax rates will apply:

* This excludes the 2% Medicare Levy

Importantly, the government has confirmed that the 2% Temporary Budget Repair Levy will expire at the end of the 2017 income year, returning the effective top marginal tax rate to 45%. The government has also announced that there will be no increase for indexation to the income thresholds for the Medicare Levy Surcharge and the Private Health Insurance Rebate for a further three years to 1 July 2021.

Other articles in this edition:

IMPORTANT DISCLAIMER:This newsletter is issued as a guide to clients and for their private information. This newsletter does not constitute advice. Clients should not act solely on the basis of the material contained in this newsletter. Items herein are general comments only and do not convey advice per se. Also changes in legislation may occur quickly. We therefore recommend that our formal advice be sought before acting in any of these areas.